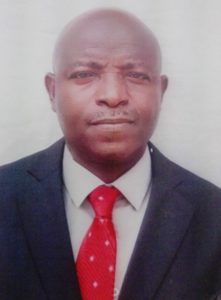 Mr. Fatai Abiodun Adeyemi- Director, Cabinet Affairs
Mr Fatai Adeyemi was born on the 6th December, 1963. He completed his West African School Certificate (WASC) at Idofian Grammar School, Idofian in June 1979 and proceeded to Kwara State College of Technology, School of Basic Studies in the same year and completed his Advanced Level in 1981. He secured Admission to Ahmadu Bello University Zaria in 1983 and graduated in 1986 with the Bachelor of Science Degree in Economics.

His desire for further knowledge took him to the Lagos State University, Ojo, where he completed his Master’s Degree programme in Business Administration in 1996.

He had worked in financial institutions before joining the Lagos State Civil Service in July 2002 as Principal Officer with the Lagos State Waterfront & Tourism Development Corporation. He had equally worked in the Ministry of Tourism and Inter-Governmental Relations as well as the Ministry of Justice. He rose through the ranks before his elevation to the position as an Assistant Director (Finance and Admin) in 2012. He was in the Ministry of Justice in 2013 before his deployment to the Cabinet Office in February 2016.He is presently a Director (Admin & Human Resource) and Head of Department in Cabinet Affairs Directorate. He is a Fellow, Chartered Institute of Bankers, Associate, Nigeria Institute of Management(AMNIM) and an Associate, Chartered Institute of Stock Brokers.

He has attended various courses and seminars both at home and abroad .