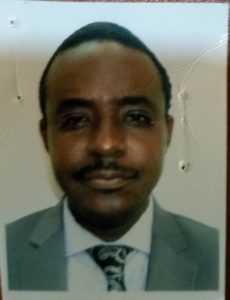 Mr. Abiodun Kuye was born on January 1, 1965 and he graduated with a Higher National Diploma (HND) in Accountancy in the year 1987.

He began his working career in 1989 as an Audit Manager at Sofola & Co till December1992. Also, he worked as a Senior Accountant at Mandilas Enterprises Limited (Motor Division) from January 1993 to July 1999.

Since then, Mr. Kuye has served in various Ministries and Agencies in different capacities among which are Projects Financial Management Unit as a Project Accountant between March 2003 to December 2004, Lagos State Sports Council as an Assistant Director of Accounts between July 2009 to September 2010, Lagos State Ministry of Housing as a Deputy Director Accounts from July 2013 to September 2016,  Lagos State Urban Renewal Agency as a Deputy Director from October 2016 to December 2016, Office of Transformation & Creativity as a Director from January 2017 to July 2017 and Cabinet Office as Director of Finance & Accounts from August 2017 till date.

He has attended many seminars and courses in Nigeria and overseas.