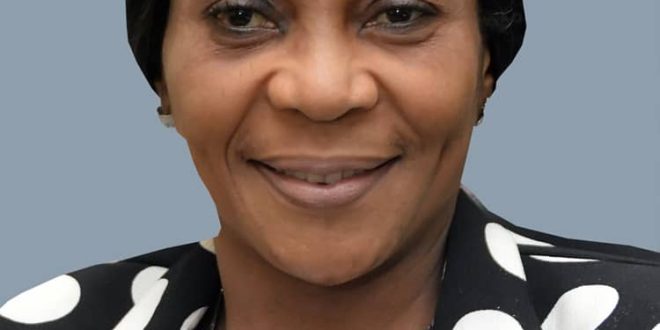 A holder of Bachelor of Arts with Honours in English Arts and later transferred to U.K with concentration in Bachelor of Arts with Honours in Political Economics from the prestigious University of Greenwich,Woolwich, London U.K. Omotayo Gbajabiamila has vast experience in the Public and Private Sectors in Lagos State for several years. She also gathered experience from the U.K both at the Private and Public Sectors before joining the Civil Service of Lagos State in the year 2012.

She was part of the Committee that prepared the current Lagos Home Ownership and Mortgage (LAGOSHOMS) Policy adopted by the Lagos State Government, the only Civil Servant in the formation of LAGOSHOMS Policy, and as well as the first Civil Servant to head the Mortgage office, in the Lagos State Public 2002-2003.

She rose to the position of Assistant General Managerat Web Creations Ltd, London 2004-2009 and later held the post of Senior Manager, Marketing, Credit and Product Development (Acting General Manager),where she was standing in for the MD/CEO, when occasions arise, generating assets and Liabilities for the bank, at People Serve Microfinance Bank 2009-2012.

In the State Service, she held a position of Assistant Director in Ministry of Establishment, Public Service Office, Civil Service Commission, Head of the Mortgage Unit (LAGOSHOMS), Lagos State Ministry of Housing, Deputy Director Administration and Human Resource, Ministry of Tourism Arts and Culture, Director of Training Local Government Establishments, Training and Pension Office. She’s currently in the Office of Secretary to the State Government/ Cabinet Office as Director Administration and Human Resource.

Her hobbies are Travelling and Writing.

She is married and blessed withlovely children.

Notice: Trying to access array offset on value of type null in /home/lasgbackup/public_html/wp-content/themes/lagos_mini/single.php on line 92